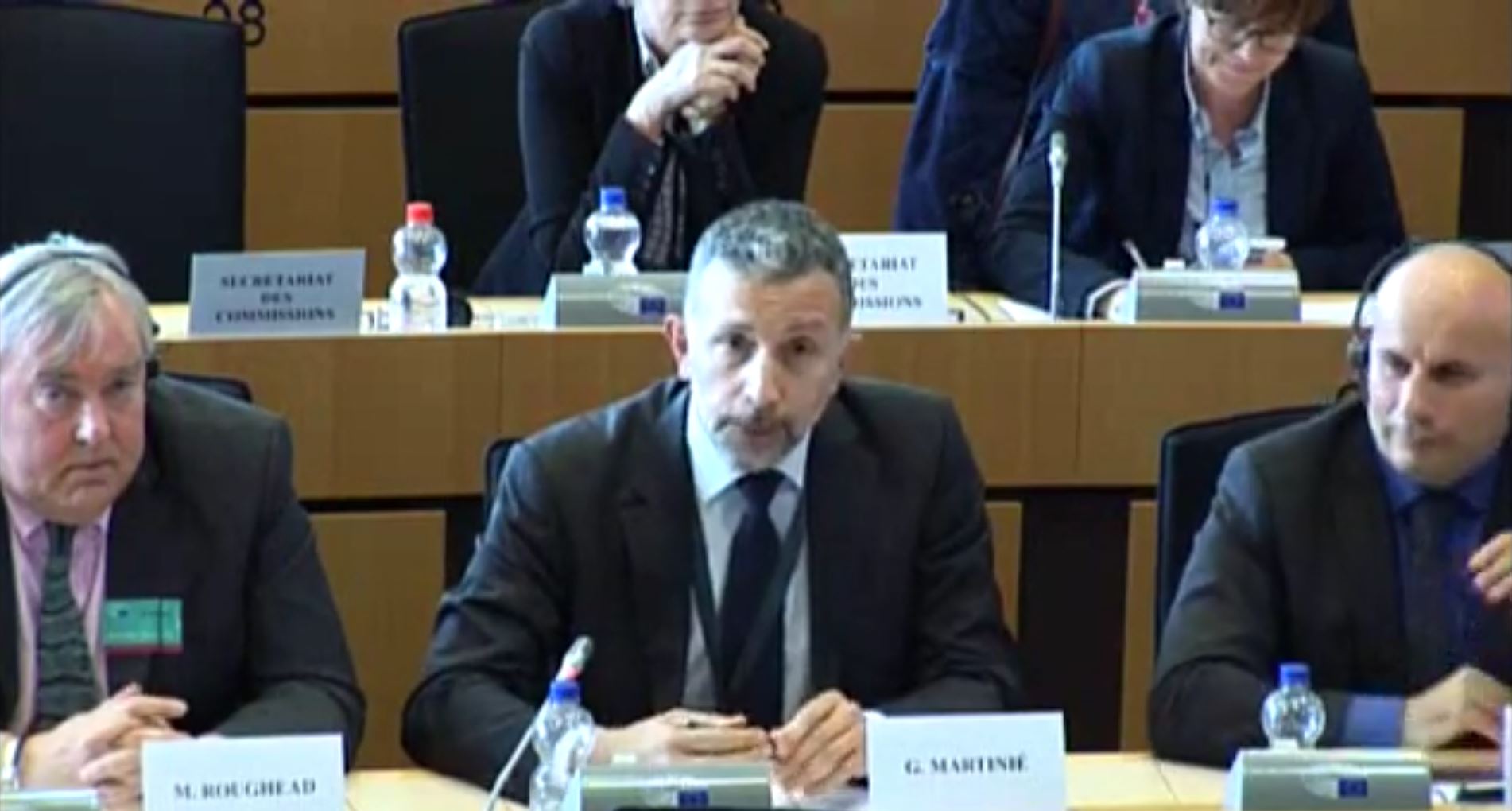 NECSTouR's Recommendations on Brexit Presented at the European Parliament

The Region of Valencia intervened on behalf of NECSTouR during the Public Hearing on the "Impact of Brexit on tourism" organised at the European Parliament by the Tourism Task Force, in the framework of the last Transport & Tourism Committee meeting. NECSTouR was represented by the Region of Valencia, which shared the territorial perspective on how the Brexit will potentially impact the regional and local economies related to tourism and its citizens life, through NECSTouR Regions analysis.

NECSTouR's priority on Brexit. During his intervention, Mr Gustavo Martinié -Senior policy advisor at the Valencian Regional Delegation in Brussels - pointed out how the importance for the NECSTouR members to have a citizens and consumers friendly Brexit.

Potential Brexit Impact on Regional Sectors. The services industry, the trade transactions and the housing real estate market are the sectors which are expected to most suffer the consequences of the Brexit. Figures shown by the Valencia Regional government already illustrate the slightly negative impact which can be perceived in the last one. In the Spanish Regions position paper to the European Committee of the Regions, the need to protect the rights of both EU residents and workers in the UK, to guarantee the compatibility between the National Social Security and Health Systems as well as the mutual recognition of professional qualifications, appear as the main regional concerns. Besides, facilities to allow financial transactions, businesses establishment, financial and digital services, where also expressed as crucial matters expected to be addressed throughout the negotiations.

Brexit and Tourism. As the UK is the 1st outbound tourism market of Spain, the Spanish Regions predict being mostly affected by the consequences of the Brexit negotiation. Speculation turns around the potential decrease of the number of UK visitors’ and their expenditure in the EU as a tourism destination and weather they will sick for alternative holiday destinations outside the Union. Some particular concerns are the consequences for the workforce dedicated to tourism, and in some destinations, to British tourism, the impact on airport traffic and related services – should the UK leave the Single European Sky - as well as on the low costs, tour operators, tourism guides operations. Related sectors like food, digital and accommodation equipment suppliers are expected to be affected as well. Besides, any administrative controls to passengers and companies should be avoided to mitigate this impact according to all the present speakers, while health and travel assistance to travellers must be guaranteed.

NECSTouR Regions. While Valencia Region forecasts being particularly affected by the secondary residence housing market and cares about health and social security of permanent and temporary residents, the Brexit task force of Flanders estimates that Brexit will affect its tourism sector mainly in terms of the Brussels airport traffic and number of Britain arrivals, already decreasing and claims avoiding any visa or travel restrictions for UK visitors while ensuring the protection of the rights, mobile roaming fees, and medical treatment. The case of Andalusia focusses on Gibraltar related matters including also some potential negative impact in the Andalusian GDP being the UK a key tourism market for the Region.

The Perspective from the UK. The event saw the intervention of four Tourism experts. Among them was Mr Malcolm Roughead, CEO at VisitScotland, a member of NECSTouR. Mr Roughead highlighted the importance of EU visitors to Scotland and outlined industry concerns over the potential impact of Brexit. The single biggest concern for the Scottish hospitality and tourism industry is the continued free movement of labour from the EU to the UK, as a significant percentage of tourism employees in Scotland come from the EU. Scotland values the contribution of EU workers in its economy and society and the continuation of this workforce is vital if the industry is to reach its growth potential.

Questions to NECSTouR. NECSTouR was the voice of the EU territory concerned by the impacts of Brexit on tourism and was questioned about the role of the Committee of the Regions and the Gibraltar affair, which Mr. Martinié replied with complementary details. NECSTouR recommendations were exposed to the audience claiming firstly for a “citizen-friendly Brexit”.

Regions Consulted and Preventive Measures. The importance of permanently inform and consult the Committee of the Regions and the Regions, especially in the affairs where they have full competence, during the negotiation phases was highlighted by Mr. Martinié. Moreover, preventive measures to guarantee health assistance of EU citizens in the UK and vice versa, the mutual recognition of social contribution and pension schemes, as well as the importance to consider the damage of any customs, administrative controls and any trade obstacles to regional economies were exposed as key preventive measures to be considered.

The Committee of the Regions Brexit Intergroup and the potential of Macro-Regional strategies. The above mentioned intergroup exchanges updated information between Regions on Brexit matters and works to find countermeasures to be implemented as from the “day after”, to support the most affected Regions. Besides, the Macro-Regional strategies could be also used as a tool to mitigate any potential negative Brexit effects in the territory through its experience in offering close cooperation with EU neighbouring countries, according to NECSTouR.