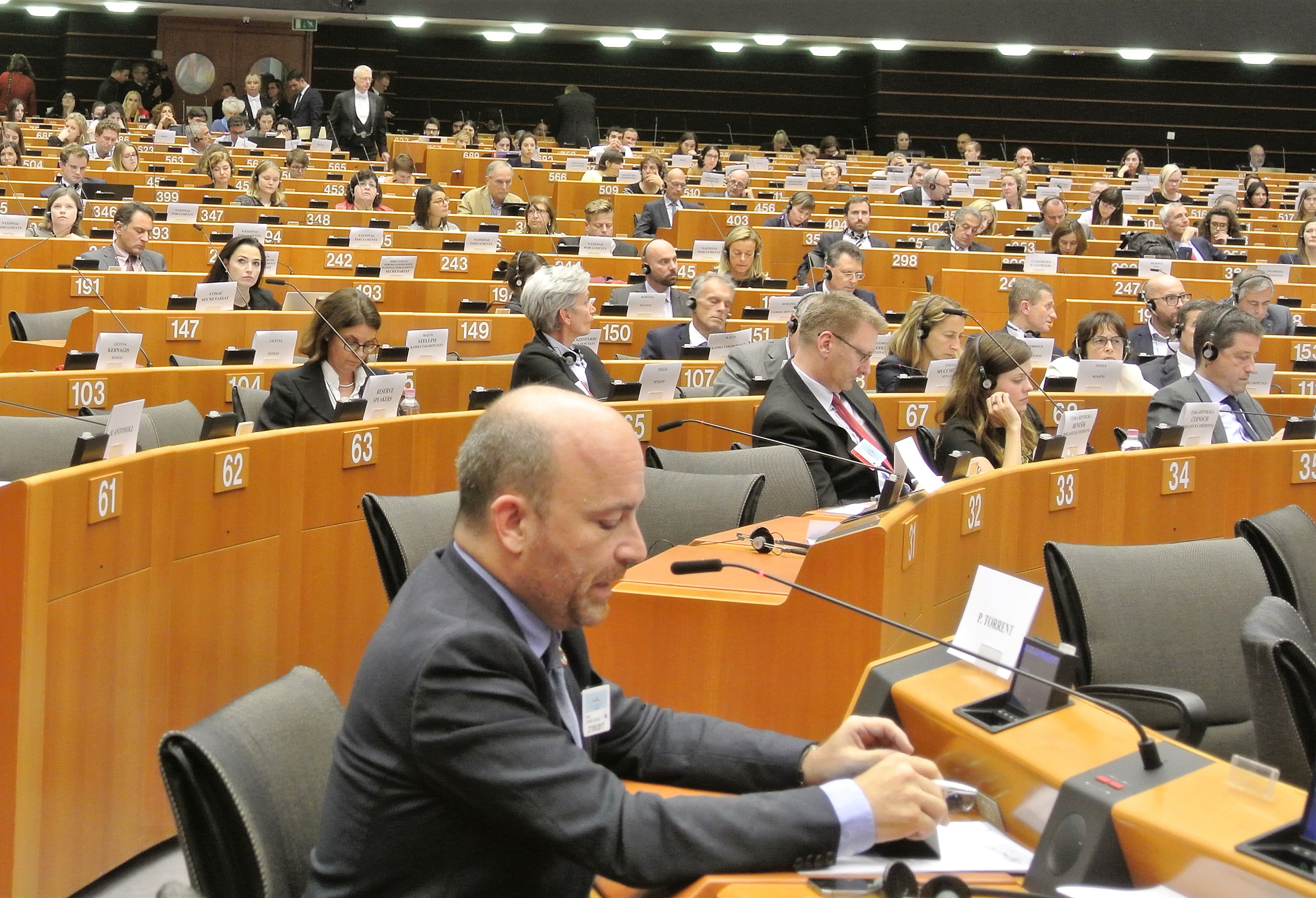 WTD2017: Historical Intervention at the Hemicycle of the European Parliament

At the occasion of the World Tourism Day 2017, Mr Patrick Torrent - NECSTouR President, Region of Catalonia – intervened during the High-level conference on Tourism "A European strategy to enhance the competitiveness of the tourism industry, a key driver for job creation" organised by the President of the European Parliament, Mr Antonio Tajani, on the 27th of September in Brussels.

That long day of celebrations at the European Parliament ended with the High-Level Reception “Investing in a Sustainable and Competitive European Tourism”.

"There is no innovation, competition and sustainability without engagement” stated Mr Torrent during his intervention at the Round table dedicate to “How to attract more investment; improve the business environment and upgrading skills” (video)
“In NECSTouR, we keep this engagement as a priority!" He continued.

Investments for Research and Innovation, Skills development, Market Intelligence Development and promotion of Europe as a single Destination are the priorities for NECSTouR to ensure the quality, competitivity and sustainability of the European Regional tourism products.

At this regard, NECSTouR will organise on the 19th of April in Barcelona the first meetingof the European Social Dialogue on Tourism in the framework of the European Year of Cultural Heritage 2018 and of the 2018 EU-China Tourism Year to reinforce our common European identity, to valorise the acknowledgment of the European Cultural Heritage for tourism purposes on a sustainable way and to promote the innovation and cooperation through its Regions.

The event has been opened by European Parliament President Tajani, with the participation of European Commission Vice-President Katainen, six Commissioners, the Chairs of the TRAN, IMCO and CULT parliamentary committees, MEPs, as well as important tourism stakeholders.

As you can check here, NECSTouR has been mentioned also in the opening speech of President Tajani on the importance of jointly promote Europe as a prime destination: “in a way,  we are already doing this, through the work done by this Parliament and the  Commission, in cooperation with many regional governments in the NECSTouR network and the European Travel Commission, and through the European Tourism Manifesto”

As already mentioned above, DG GROW Commissioner, Mrs Elżbieta Bieńkowska, welcomed during her intervention the new partnership to foster investment on Digitalisation and Safety for Tourism under the Platform for Industrial Modernisation launched in the morning on the occasion of the Conference “EU Financing for Innovation in Tourism” co-organised by the European Committee of the Regions and NECSTouR, in the presence of 120 regional representatives, destination managers and tourism-related stakeholders.

"We have set up the smart specialisation platforms for industrial modernisation - she declared – to facilitate the cooperation between the industries and the regions, in order to attract as much as possible private investments (…) and I am really happy to announce that the first thematic cooperation on tourism has been announced just this morning!”

At the conclusion of the conference, MEP Mrs Ana-Claudia Țapardel invited all the participants to the High-Level Reception “Investing in a Sustainable and Competitive European Tourism” she co-organised with Mr Antonio Tajani, President of the European Parliament and the Intergroup for Tourism Development.
NECSTouR was delighted to support this event together with its partners ETC and HOTREC.