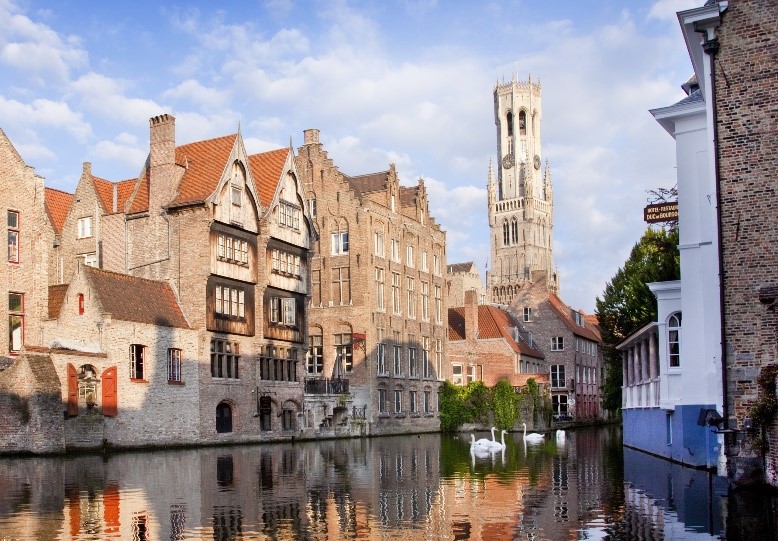 Seven out of ten residents of the Flemish art cities of Antwerp, Ghent, Bruges, Mechelen and Leuven continue to support tourism in their own city. 62 percent believe that the benefits of tourism still far outweigh the drawbacks, and 77 percent think their city should definitely remain a tourist destination.

These are the main conclusions of a large-scale survey among 5.000 residents of Flemish art cities, carried out by the cities themselves and by VISITFLANDERS. Nevertheless, the COVID-19 pandemic is not without consequences for the way residents view tourism in their own city, as during the previous survey (2019) all these figures were still a few percent higher. In terms of pride, the results are similar to those of 2019, and compared to the previous survey, more and more residents have the impression that their complaints are heard by the policy.

Every two years, the tourist offices of Antwerp, Ghent, Bruges, Mechelen and Leuven and VISITFLANDERS conduct an online survey among the residents of the Flemish art cities. This already happened in 2017 and 2019. In 2021, the Leuven research bureau iVOX collected the answers of 5.379 residents, over 18 years of age and representative according to gender, education, age and neighbourhood. The fieldwork took place from June to October 2021, a period with respectively a lot, less and slightly more restrictions due to corona.

Although the COVID-19 pandemic clearly had an impact on how residents perceive their own city and the relative crowdedness of the city, we see that tourism has an unchanged positive effect on pride in the city. Moreover, tourism continues to connect people, both within their own city and with visitors from home and abroad. I am pleased to see that more and more residents of our art cities feel involved. Proof that we are on the right track with our philosophy of Travel to Tomorrow. (Zuhal Demir, Flemish Minister of Tourism)

The residents of our Flemish art cities are clearly positive about tourism in their city. 70 percent of residents are very supportive of tourism in their own city, although this is a decrease of 6 percent compared to the previous survey in 2019. Over 20 percent take a neutral stance and 9 percent do not support tourism in their own city. 62 percent believe that the benefits of tourism far outweigh the drawbacks, down from 67 percent in 2019. 77 percent of residents believe that their city should remain a tourist destination. In 2019, this was 84 percent.

A note of criticism

In the survey, 30 percent of residents said that since the corona crisis, they had become more of a tourist in their own city. 18 percent said that because of the corona crisis, they also feel more negative about tourism in their own city. This critical view translates into the general view of tourism and into the results of the survey regarding the impact of tourism on the quality of life in the city. 23 percent of residents say they experience nuisance from tourism, up from 17 percent in 2019. If nuisance is experienced, general crowding is the biggest culprit. This percentage is similar to 2019, which is remarkable because the absolute number of tourists between 2019 and 2021 has fallen sharply due to corona.

The desire for more or fewer visitors in the future is also moving in the same direction. 77 percent of residents want their city to remain a tourist destination, but this does not mean that they want more and more tourists. Half of the residents still see room for growth in individual tourists, but only a minority would like to see an increase in group and day-trippers.