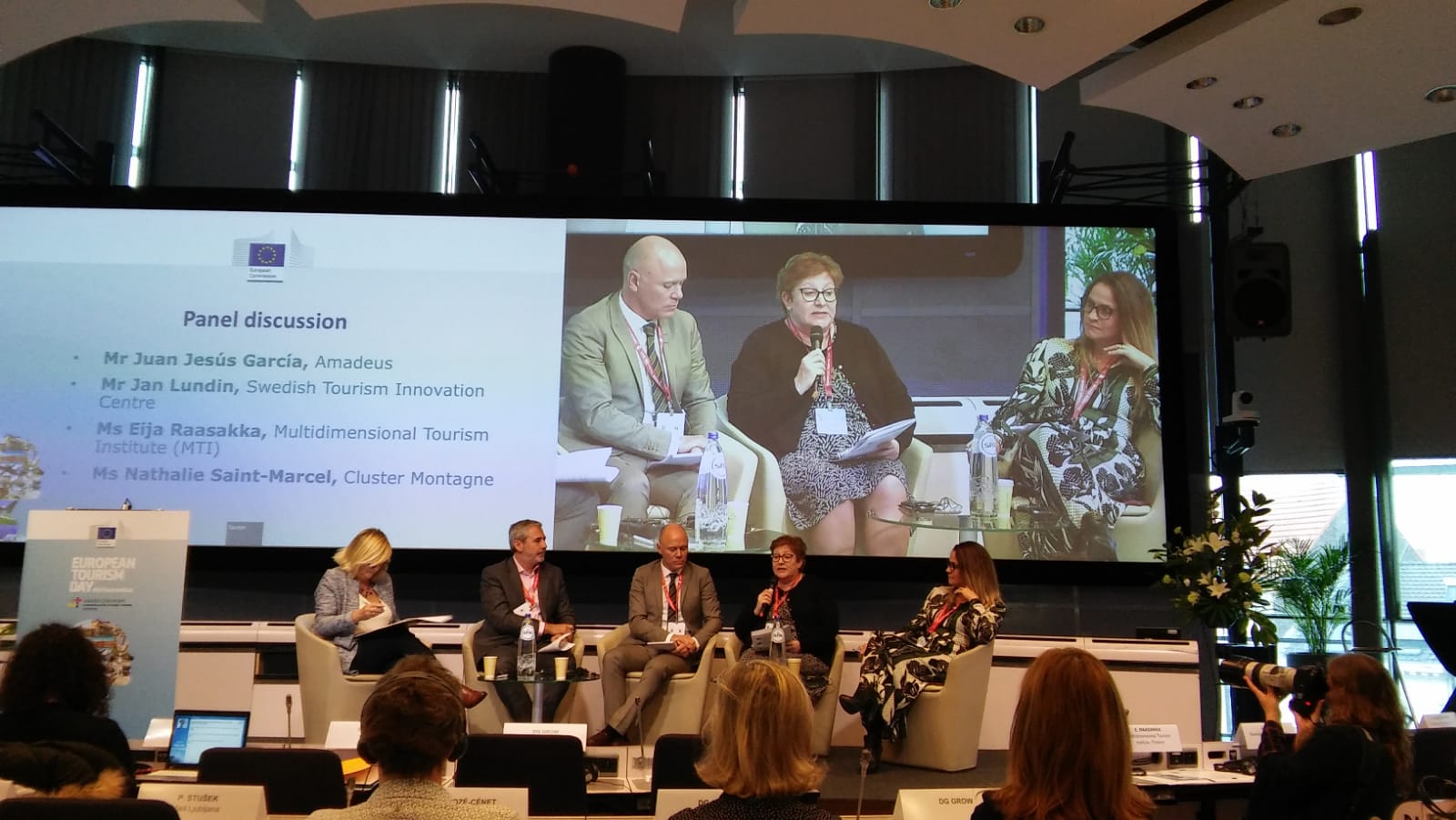 On the occasion of the European Tourism Day 2018, Ms Eija Raasakka, Project Manager at the Lapland University of Applied Sciences, has been invited - as co-leader of the initiative - to present the initiative "Digitalisation and Safety for Tourism", under the Smart Specialisation Platform for Industrial Modernisation (S3P-Industry), by the European Commission.

Public-Private Partnership. As explained by Mrs Raasakka during her intervention on "Value creation and smart innovation in EU tourism", this initiative is aimed to support increased investments, regional growth, work opportunities and innovations in Tourism, with a specific priority on Digitalisation, Safety and Sustainability. "It is an excellent example of Public-Private Partnership - she said - since for once we are speaking the same business and client language"

NECSTouR Endorsment. The initiative is supported by NECSTouR and promoted by five of its member Regions - Andalusia, Catalonia, Lazio, Tuscany and the Valencia Region.

Award Ceremony. The European Tourism Day has also been the occasion to award the European Capitals of Smart Tourism 2019. Beside the two winning cities - Helsinki and Lyon - the City of Malaga (Andalusia) has been recognised and awarded for its outstanding achievements in Accessibility.

Political Discussion. On his remarks, Mr István Ujhelyi - Member of the European Parliament, Vice-Chair of the Transport and Tourism Committee and Chair of the EP Tourism Task Force - claimed for a stronger recognition of Tourism in the next Multi-Financial Framework, and reminded the letter that 40 Members of the European Parliament, the European Committee of the Regions and other Tourism stakeholders, including NECStouR and several of its member Regions wrote to Mr Claude Juncker at this regard.

The European Tourism Day has been organised on the 7th of November 2018 by the European Commission Tourism Unit. This year’s programme evolved around the topic of “The Renewed EU Industrial Policy Strategy: making EU tourism stronger in a new industrial era”.

It gathered more than 400 participants, including representatives of the European Commission and other EU institutions, high-level representatives of public authorities at EU, national and regional level, representatives of prominent European sectorial associations and the tourism and travel industry, international organisations, academics, as well as other relevant stakeholders. More information