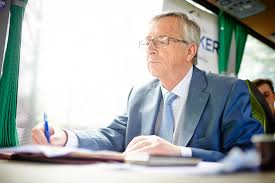 "To address tourism-related challenges across all relevant EU policies (...) we kindly ask you to include a European Strategy for Tourism in the European Commission Work Programme for 2018"

This is one of the key-passages of the Open letter addressed to Mr. Junker - President of the European Commission - and Mr. Timmermans - the First Vice-President - and co-signed by NECSTouR and 40 MEPs, regions, cities and the tourism industry.

Ending roaming charges is just the beginning. The 16 Members of NECSTouR and more than 60 other Members of the European Committee of the Regions supporting the initiative are convinced that with a clear vision, adequate funds and working together in close partnership, we can remove not only roaming charges but also other obstacles hindering SMEs and tourists per se in Europe's tourism industry.

The EU can make a real difference in Tourism. As stated in the Open Letter, passenger-rights, cross-border consumer rights, the European healthcare regime, the end of roaming charges, the lowering of travel costs and customs free shopping with a single currency in the Eurozone are just some of our great achievements.

Economic and Social Importance of Tourism. The sector not only generates 10% of the EU's GDP and provides employment for up to 15% of the population; it also helps integrate low-skilled Europeans and migrants to the labour market.
Moreover, tourism often regenerates dilapidated areas and less developed regions, particularly rural ones. Last but not least, tourism contributes positively to creating a sense of pride in European identity and citizenship and promotes mutual understanding within the EU.

We must support the tourism sector. In the conclusion of the Open Letter, all the signatories agree on the fact that Tourism is hugely contributing to economic prosperity and the social inclusion of millions of European citizens and we can better use tourism when it comes to raising awareness of a common European identity and European citizenship.