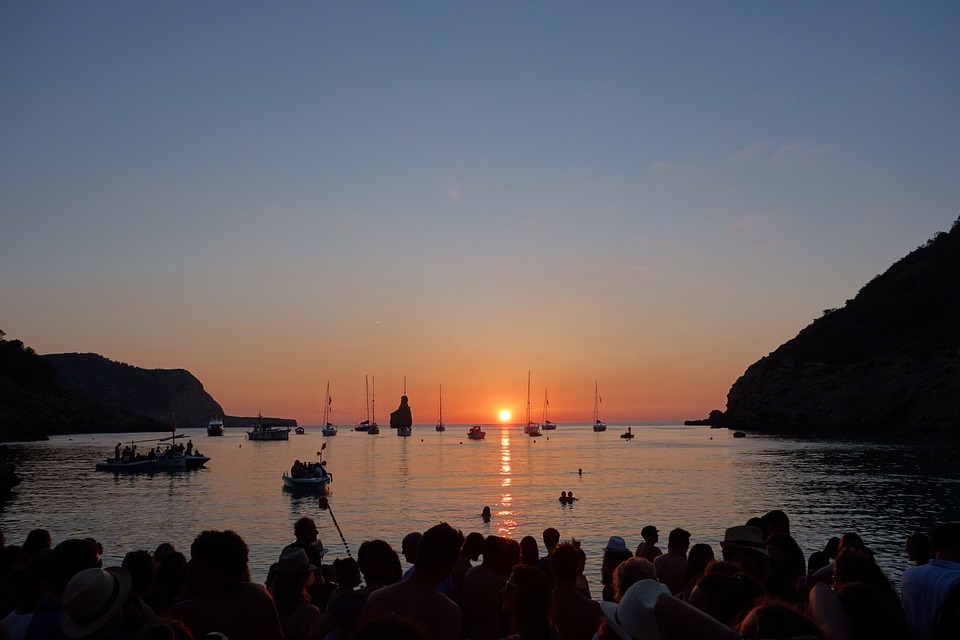 Balance of the Tourism Season in 2020 in Balearic Islands

In spite of the dramatic decrease in international tourist arrivals, the Balearic Islands was the most visited tourist destination in Spain (Source: FRONTUR, INE- Instituto Nacional de Estadística). International tourists spent almost 638 million Euros in the Balearic Islands in July, 78% less than in 2019 (2,885M€), with an average expenditure of 1,084€ per tourist (141€ per day).

The Balearic Islands Agency for Tourism (AETIB) from June to August launched two online marketing campaigns: "Time is now" and "Ganas de Volver” (longing to return) to raise awareness among tourists, showing the safety and security features that the Balearic government and private agents had put in place in order to create a safe tourist destination. Peak activity was reached during the third weekend of August when the three airports of the Balearic Islands operated approx. 2,608 flights.

The Balearic Islands economy has been severely affected by the COVID-19 pandemic, with a 40.5% of GDP drop between April and June in comparison to the previous year. The decrease in tourism activity is unprecedented. The drop in GDP of the Balearic Islands economy is almost twice as bigger than the overall drop in Spain’s GDP and three times bigger than in the European Union.

- How will the expectations vs. reality affect your short-medium recovery plans?

Although the Pilot Plan quickly promoted tourism activity during molths June to August, the tourist sector faces a widespread problem that is affecting all tourist destinations, especially the ones in the Mediterranean. UNWTO latest official figures show that the slump will continue, in the short and medium term. This summer, international tourists have mostly preferred to stay in their countries than travelling abroad.

There is the need to set strategies for an efficient reactivation of the tourism sector. For the Balearic Islands regional government it is crucial to guarantee the transport connections of our island territories (and the right to mobility) and it is also very important to protect jobs and the companies' liquidity.

- What are your current priorities – efforts allocated?

Balearic Islands must regain the image of "safe destination" from a health point of view. But at the same time, it is now time to bring changes in quality and to improve aspects such as digitalization and sustainability in tourism.

If we want to strengthen our tourism leadership, it is time to come together around a strategy that limits excess tourism, which allows to grow in profitability without consuming more territory. We need to fix a roof that is socially and economically sustainable. We must have determination, investing from administrations in mature tourist areas and, at the same time, facilitating the modernization of all sectors linked to tourism. Only in this way will the Balearic Islands continue extending the season, generating new customers and promoting more economic and social benefits for all.

The next months are going to be very tough for the Balearic Islands because of the fall in demand, even if it is accompanied by messages of optimism. Our tourism sector knows that fortunately this is a temporary crisis. The image of the Balearic Islands as a tourist destination has not deteriorated.

At this moment, he Balearic Islands Agency for Tourism (AETIB) is working on a new communication campaign in the European markets that will be ready by mid-October with the aim to attract winter and autumn travellers to the Balearic Islands, strengthening the message of a "safe and reliable tourism destination".

We are also working with the Spanish Government to establish safe air corridors with the UK after the British government announced that it has modified its policy. The health figures have to return to positive states and the message of a safe destination has to be reinforced.

The islands have a mid-season product whose value has to be highlighted. The aim is to further strengthen public-private collaboration to continue developing these strategic tourist products. Also, we will continue to work on reinforcing the Balearics as a safe destination at the short and medium-term.
Communication campaigns will focus on putting into value the hard work of all the tourist sector value chain and the regional government in the application of hygiene and health protocols to deal with Covid-19, the implementation of which has had the result that there has been practically no contagion with the tourism value chain. In the long run, we are going to work to create a strategy based on sustainability and in line with Europe’s 2030 Strategy and UN Development Goals.

- How do you plan to continue providing financial support for business survival and workers protection?

In the last 4 years the regional Government has created pioneering laws that put the Balearic Islands at the forefront for combating climate change, waste reduction and good management of natural resources. We have activated a Sustainable Tourism Tax, a tool for solidarity and environmental balance, which allows us to use the benefits of tourism to reduce the footprint that it generates to our environment. We have accelerated the modernization of our economy, of our hotels and of our key sectors such as tourism, industry or trade.

It is a priority to modernize and strengthen our economy while strengthening a model of shared prosperity that calls for sustainable tourism, circular economy and new tools for traditional and emerging sectors.

Besides, 48,500 self-employed workers have received from March to August financial support for the cessation or reduction of their activity and tourism businesses have received liquidity through credits.

1 ERTE: Expediente de Regulación Temporal de Empleo is a special file allowing companies to temporarily lay off staff or cut hours, while allowing them to claim unemployment benefits. It is a positive step for both the economy and workers as their contracts are not terminated but merely "suspended".